Making a change in the Scottish Borders

With 8 High Schools in the Scottish Borders now LGBT Charter awardees, our local Youth and Community Development Officer in the area, David, reflects on his 13 year journey with LGBT Youth Scotland. It's a story of personal and professional growth and significant positive change in a rural part of Scotland.

"Sticks and stones may break your bones, David, but names will never hurt you": a saying my mum would always remind me of as I came running through the doors after a day at school. I never understood why so many people were mean to me there and I used to ask myself "how can I be better?". I used to feel this overpowering urge to either fit in or go unnoticed and some nights I would dream I’d gained the superpower of invisibility just to get a break from the relentless name-calling I endured. I thought it would never end… but it did. It got better!

I left school at 15, confused about the impact of my “coming out” on other people. One friend I had told literally ran away from me! I enrolled in Borders College where, on my first day, I made the decision that if anyone asked me “are you gay?" my response would be honest. “This is it: I’m telling everyone!”

During my teens I accessed a Local Youth Project (Escape Youth Café) where my Youth Worker, Sian, had told me about an organisation called LGBT Youth Scotland who work with young people across Scotland. Sian referred me to LGBT Youth Scotland and within a week I met up with a youth worker, Karen, who I was surprised to find out was based in the Scottish Borders too. She took me to a local café so we could get to know each other.

That meeting - sharing my experiences with someone who provided a safe space for me to talk openly - was so emotional. It triggered something inside of me. I decided that I would do my best to ensure other young people in the Scottish Borders would not have to go through what I did at school.

After some weeks of meeting up with Karen, we set a goal to establish the first ever youth group for LGBT young people in the Borders. We had been attending local schools through the Silence Helps Homophobia project, delivering LGBT Awareness Training to pupils in assemblies and classes. I would come along to share my personal experiences, hoping others would take notice and speak out about homophobia, or at least contact LGBT Youth Scotland for support.

I was a Peer Educator, as Karen would call me. "Aye but they listen to you David. They want to hear what it was like," she would say. Karen would always be there to boost my confidence, knowing I was extremely afraid to take a step into a high school. I would suffer panic attacks at the thought of walking down those daunting hallways. However, because of the support I received from LGBT Youth Scotland, I was able to become one of the first peer educators to visit schools in Scotland to discuss LGBT awareness. It felt good knowing there would be people like me in the audience finally hearing LGBT issues being raised and discussed.

I had been working as a Youth Worker for three years at TD1 Youth Hub when LGBT Youth Scotland advertised a new post in the Scottish Borders. I applied for the job, and during the recruitment process I visited the very group that I had supported the launch of when I was 15. It was an amazing feeling knowing there was still young people accessing the group six years later.

When I was offered the job, I remembered the goal I had set myself when I was 15. I wanted to see all nine high schools in the Scottish Borders receive LGBT Awareness Training, and I wanted to improve the experience of LGBT young people at school. Four years later, at LGBT Youth Scotland, I have supported eight schools in the Scottish Borders to pass their LGBT Charter award.

Concepts like GSA groups would have blown my mind as a teenager, so seeing them thriving overwhelms me with emotion. To come out in school is an extremely brave thing to do, and I applaud anyone who does it.

I have made some great friends at LGBT Youth Scotland, a circle of people I never imagined myself having back when I was 15. The support I have received from this organisation over the years will never be matched; LGBT Youth Scotland made me realise I wasn’t alone in the world and that I deserved to be valued.

I am truly blessed to have been part of a cultural shift in the area in which I grew up. We still have work to do, but my voice has been joined by many others. Together we’ll make a difference. 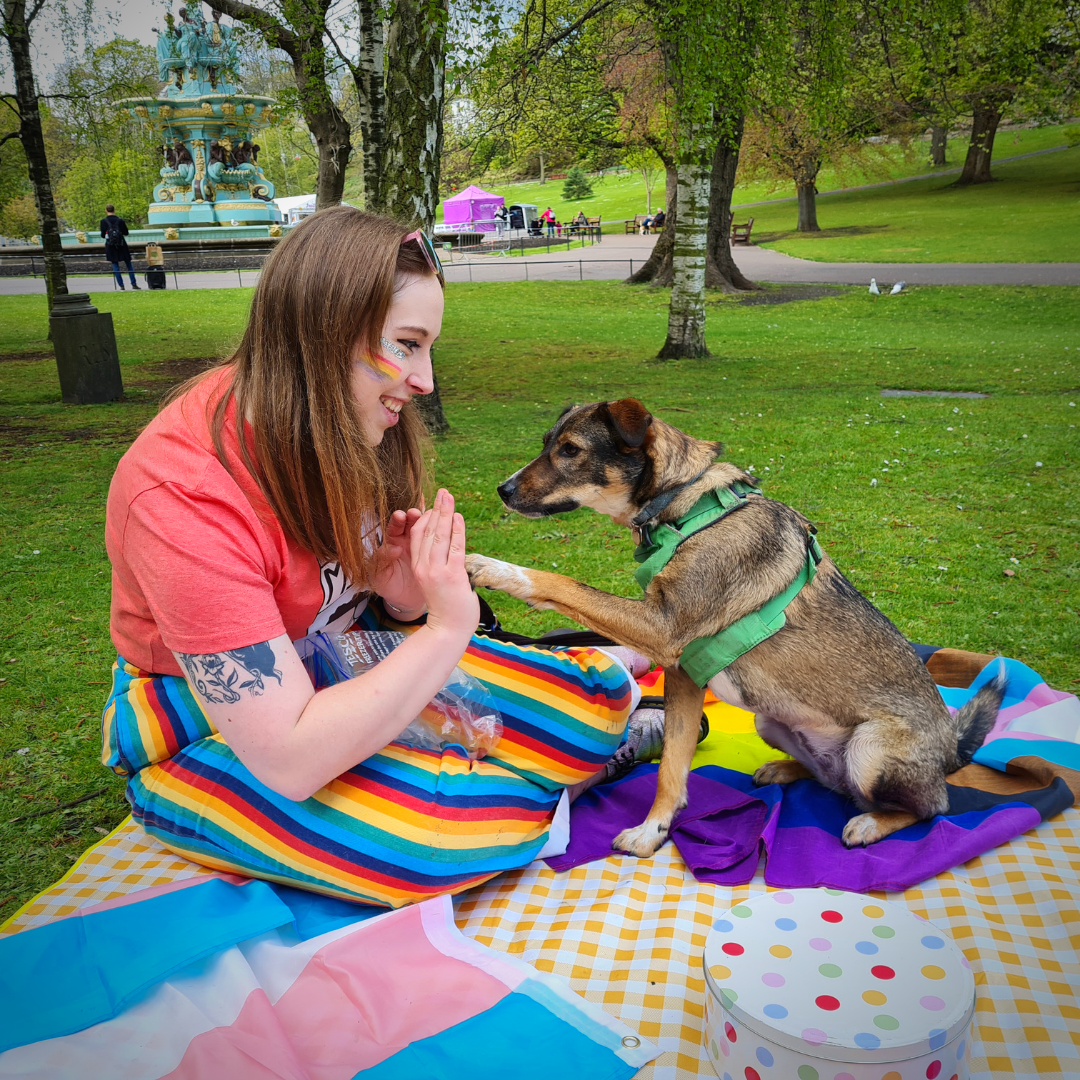